Dante Alighieri is of course best known for penning the epic poem The Divine Comedy. What many people may not know is that Dante fell in love with his muse Beatrice Portinari when both were just children. He describes their meeting in La Vita Nuova:

Nine times already since my birth the heaven of light had almost revolved to the self-same point when my mind’s glorious lady first appeared to my eyes, she who was called by many Beatrice (‘she who confers blessing’), by those who did not know what it meant to so name her. She had already lived as long in this life as in her time the starry heaven had moved east the twelfth part of one degree, so that she appeared to me almost at the start of her ninth year, and I saw her almost at the end of my ninth. She appeared dressed in noblest colour, restrained and pure, in crimson, tied and adorned in the style that then suited her very tender age. At that moment I say truly that the vital spirit, that which lives in the most secret chamber of the heart began to tremble so violently that I felt it fiercely in the least pulsation, and, trembling, it uttered these words: ‘Ecce deus fortior me, qui veniens dominabitur michi: Behold a god more powerful than I, who, coming, will rule over me.

Dante’s love was unrequited, but his fascination with the girl continued for the rest of his life. Beatrice, who eventually married a banker, died at the age of 24. 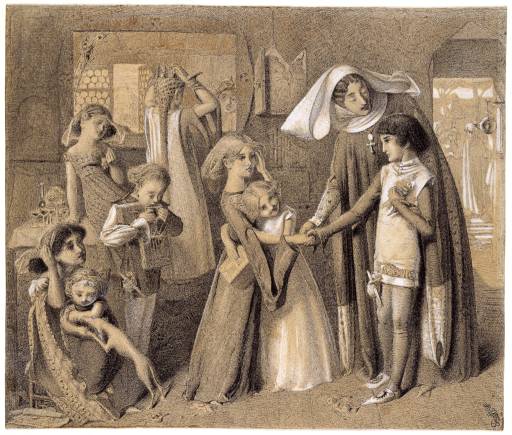