Born and raised in Portugal during the Salazar era, Rego’s art is informed by her political views as well as her childhood memories of the time period. Her work is ultimately a feminist critique of reality, with its subversion of gender roles in both familial scenes and the fairy tales she loved as a child. Her girls and women, far from being meek and submissive in most cases, are often strong, sexually aggressive, predatory, even cruel. Perhaps, Rego hints, it is the world of men that makes them this way, but not always. Her constant references to military men gives us insight into Rego’s understanding of masculinity, and yet time after time in her work the females gain the upper hand. Her girls are tough, sinewy, hard-angled–in a word: masculinized.

At first this image appears deceptively homey, but a closer examination reveals scenes which are less than innocent.  The couple in the foreground is clearly in a mode of sexual transgression.  The girl is young, her exposed breast only just budding.  Other scenes of men and small girls at the edges of the picture are more vague, but the central figures set the tone: 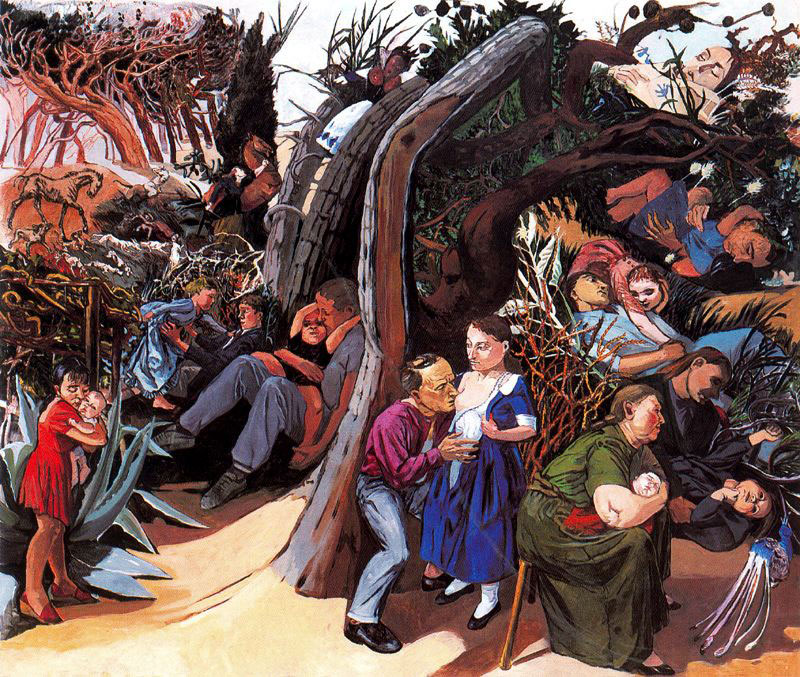 Another work that tackles the issue of sexual abuse is “Celestina’s House.” In Spanish literature Celestina is a procuress who brings together forbidden lovers, only to have them meet a tragic end. Here she is a metaphor for a different sort of tragedy.  Note the old plump woman in red and the child on her lap: 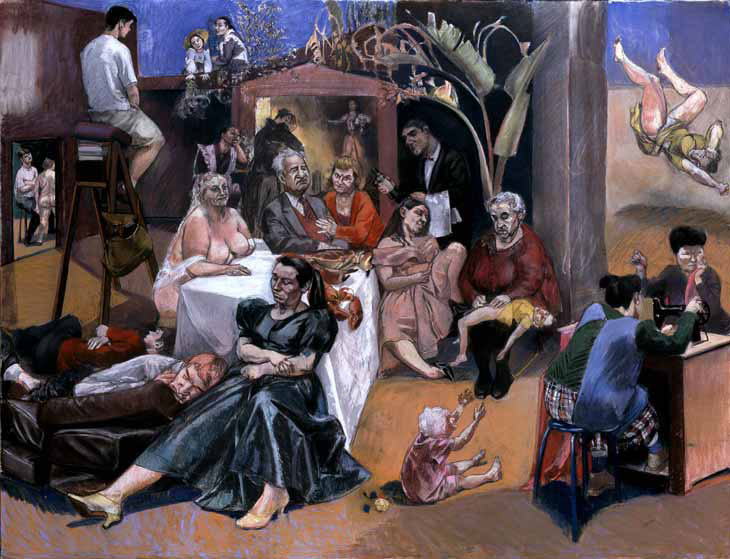 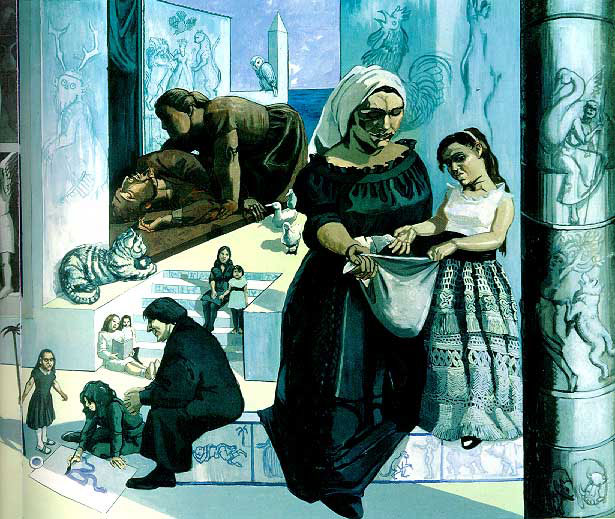 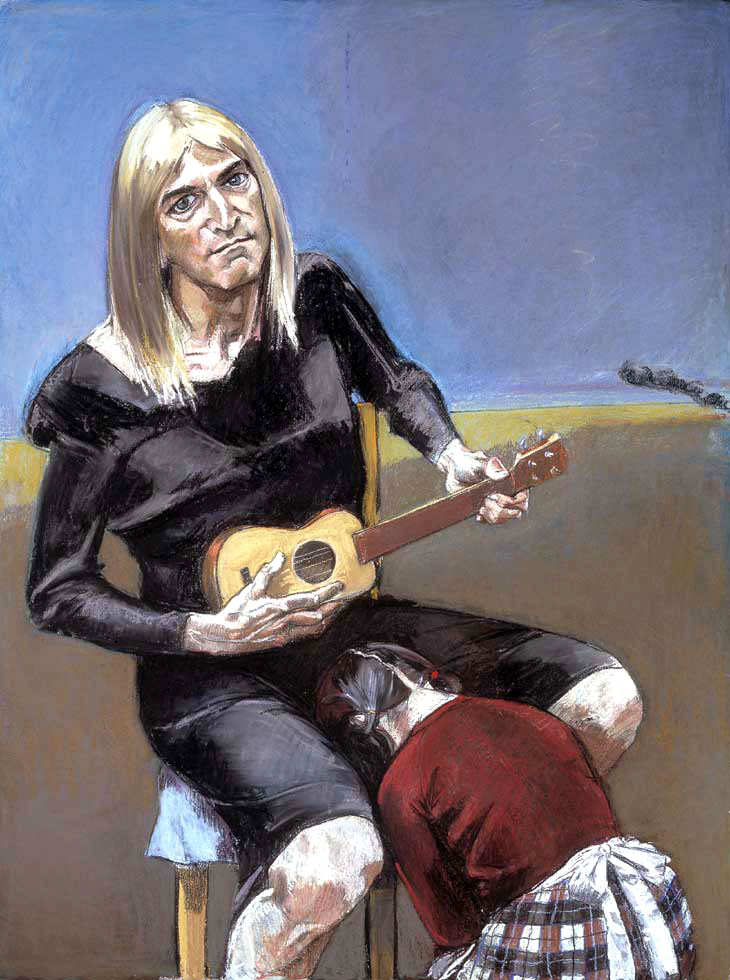 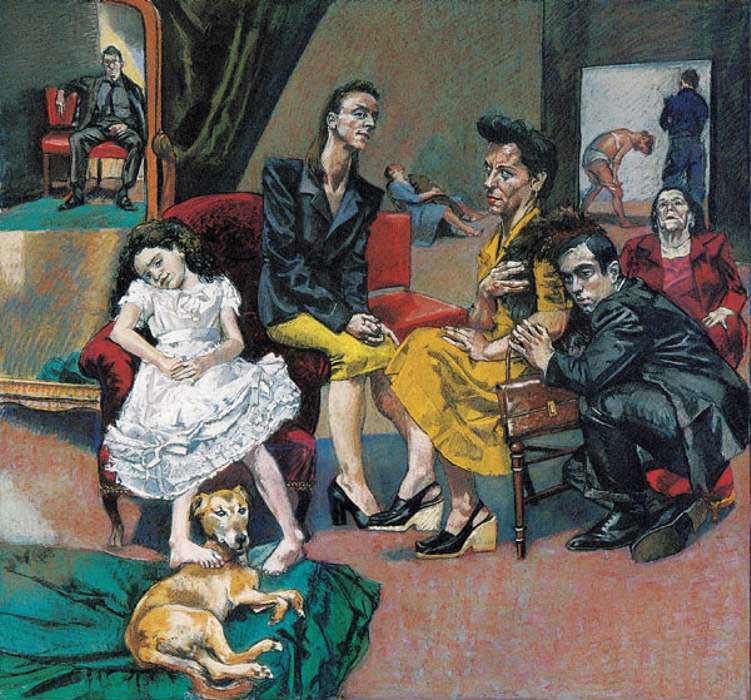 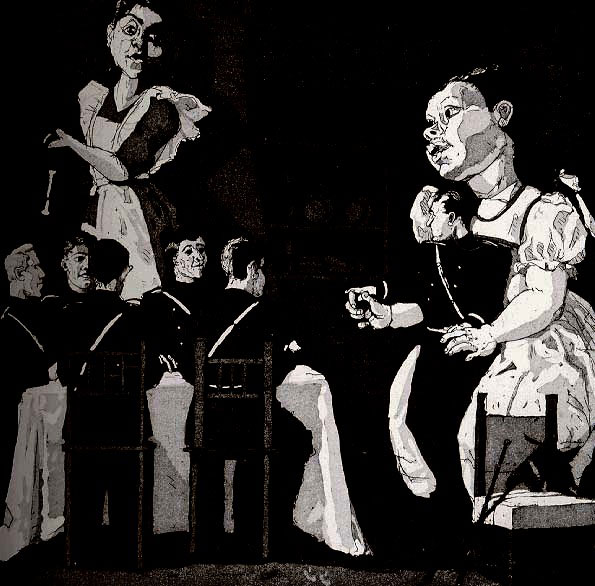 Girls’ cruelty frequently takes place in the form of mistreatment of dogs: 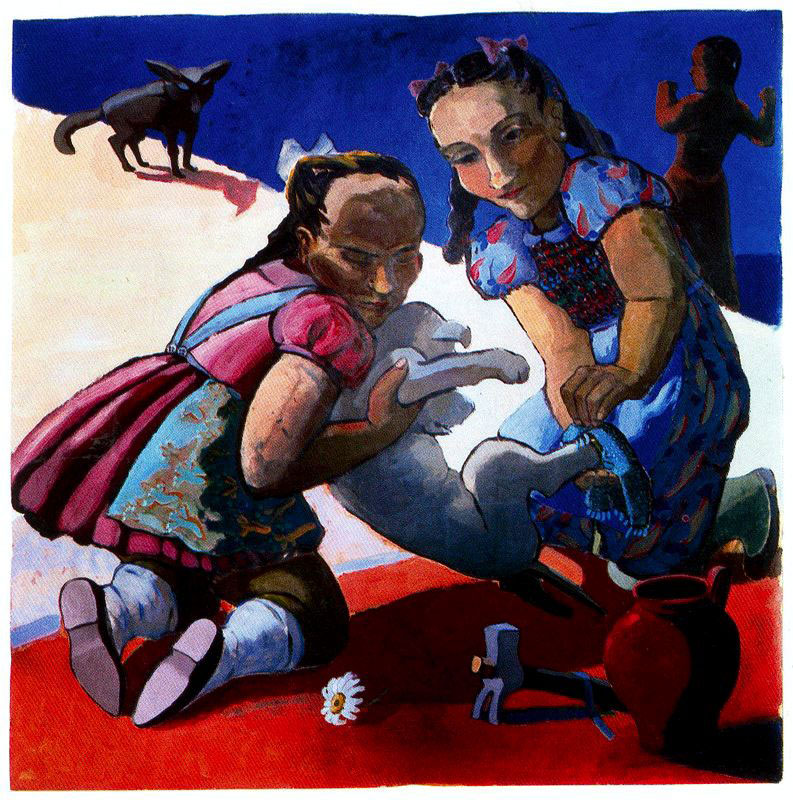 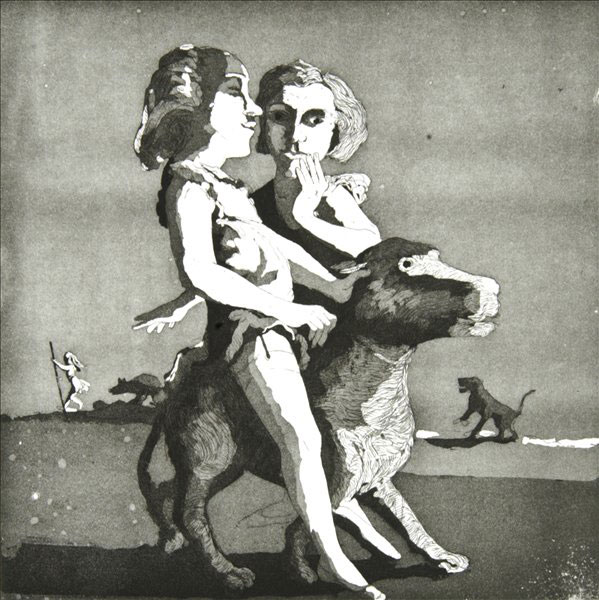 About the meaning of this painting Rego is flirtatious, even though on the surface it suggests a sexual assault of the patriarch of the family by his wife and daughters (note the placement of the nearest daughter between the man’s legs): 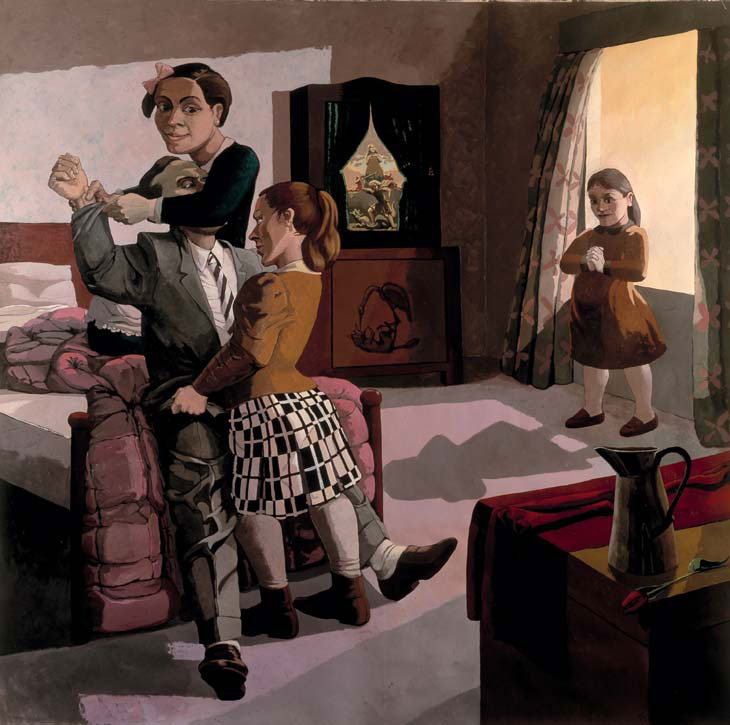 Another scene of sexual subversion and transgression. Here the adolescent daughter’s satisfaction and familiarity with her father’s “trophy,” along with the pathetic figure of her mother in the background, suggests the older female has been replaced in the affections of the father, a state the daughter quite openly relishes: 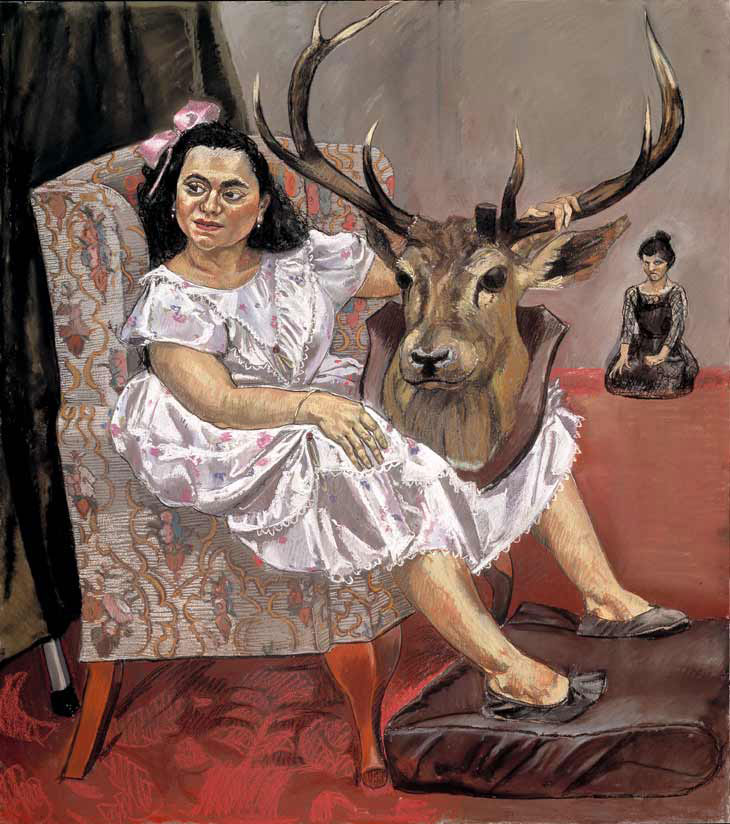 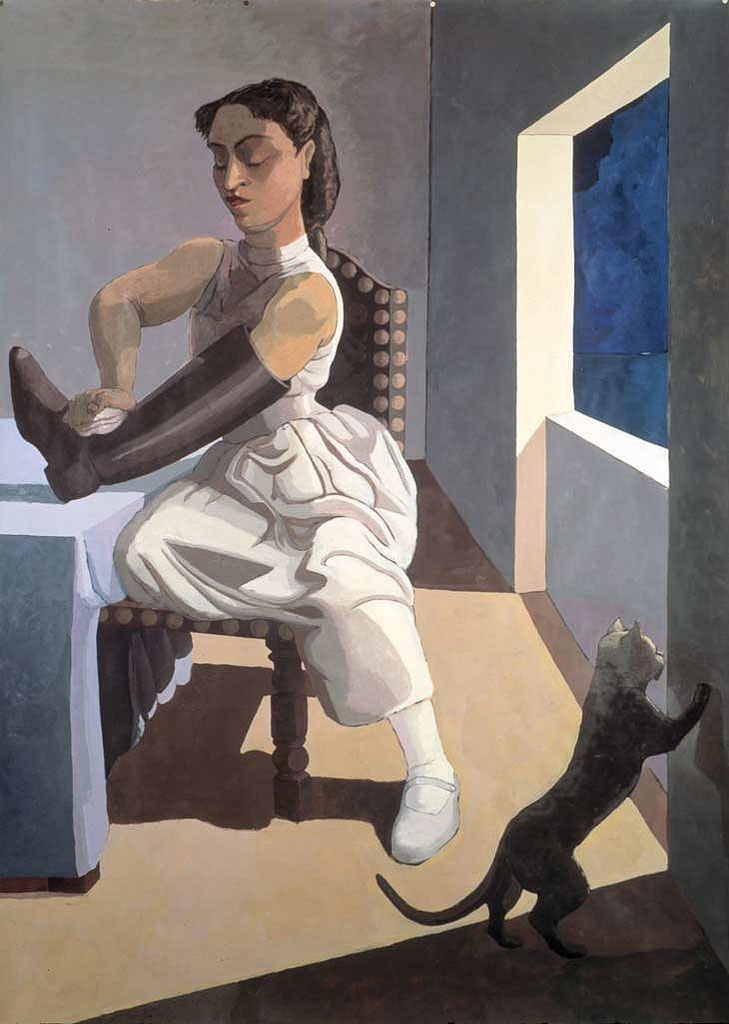 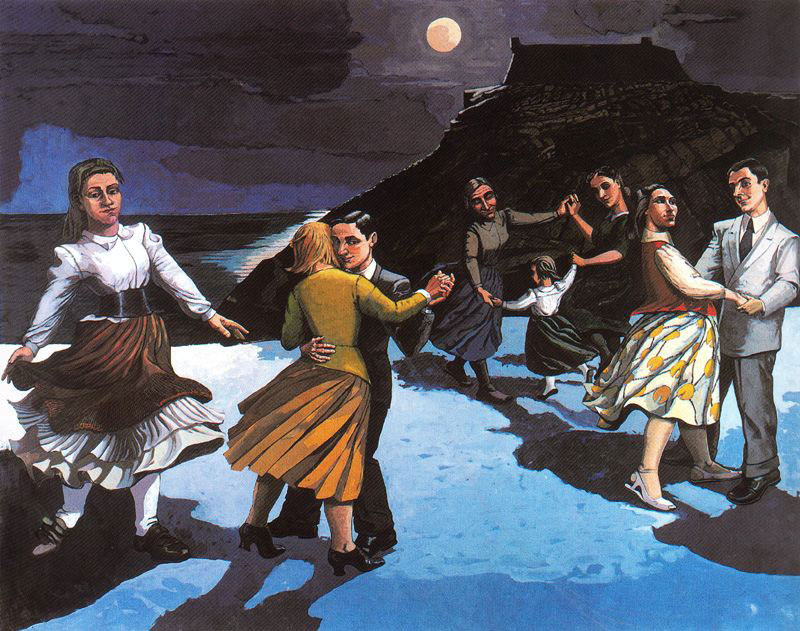 An excellent article about Rego and her work: