The original post on Maurin was made on the first Pigtails in Paint blog in March of 2011, but some things have changed since then.  For one, more of Maurin’s work, particularly his illustration, is available online.  Sadly, none of his major paintings except Maternity and a couple others seem to be available, at least not in large format.  The painting I am most interested in, The Dawn of the Dream, is one of those.  I would like to point out something else about this painting: it’s secondary title, Les Fleurs du mal, is also the title of a book of poetry by Charles Baudelaire.  (You can read the Cyril Scott translation of it here if you’re interested.) An artist buddy of mine actually had this book when we were teenagers, as he had taken an interest in the decadent poets at that time.  I recall having borrowed the book and read it, and, although I am unable to find the particular poem or recall its title–note that there are several editions of the book, and not all of them include every poem Baudelaire created for the volume–I do recall . . . sort of . . . a line from one of the poems.  It went something like this, and remember that I am paraphrasing here:

It is she, the little girl behind the bush, and she is dead!

Something like that.  Well, a pretty shocking line to be sure, and that’s why it stuck with me.  But here’s the weird thing: I cannot find this line or anything like it, either in relation to Baudelaire or to poetry in general, which inspires that awful feeling where you seem to have dreamed something and are haunted by it, even though you know it was a real experience.  I have these all the time.  Anyway, the original volume, although somewhat censored by the French state–six poems were removed–was published in 1857, well before Maurin’s painting of the same name was produced.  I don’t know to what extent Baudelaire’s poems inspired Maurin’s painting, but given its tone and the title, it seems to me that there has to be at least some link.

Ironically, it was in a book of Symbolism owned by the same friend that I first encountered this painting.  I have two books on Symbolism and it doesn’t appear in either of them.  Still, I will find the blasted thing somewhere!  It is a fascinating contrast to the rest of Maurin’s work, which consists primarily of straightforward portraits, adult female nudes, and charming scenes of mothers bathing toddler-aged girls.  Whereas these are well-executed but generally unremarkable works, The Dawn of the Dream, Maternity and The Dawn of Work are quintessentially Symbolist paintings. 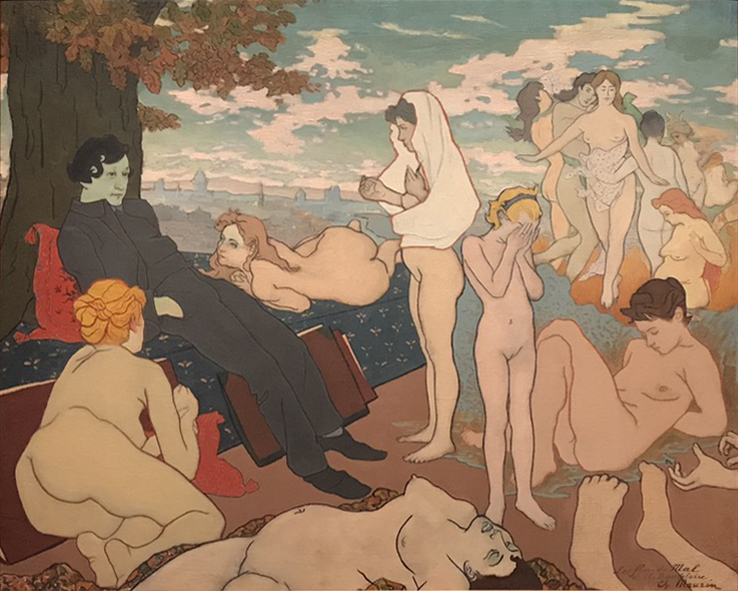 Charles Maurin – L’Aurore du Rêve (The Dawn of the Dream) 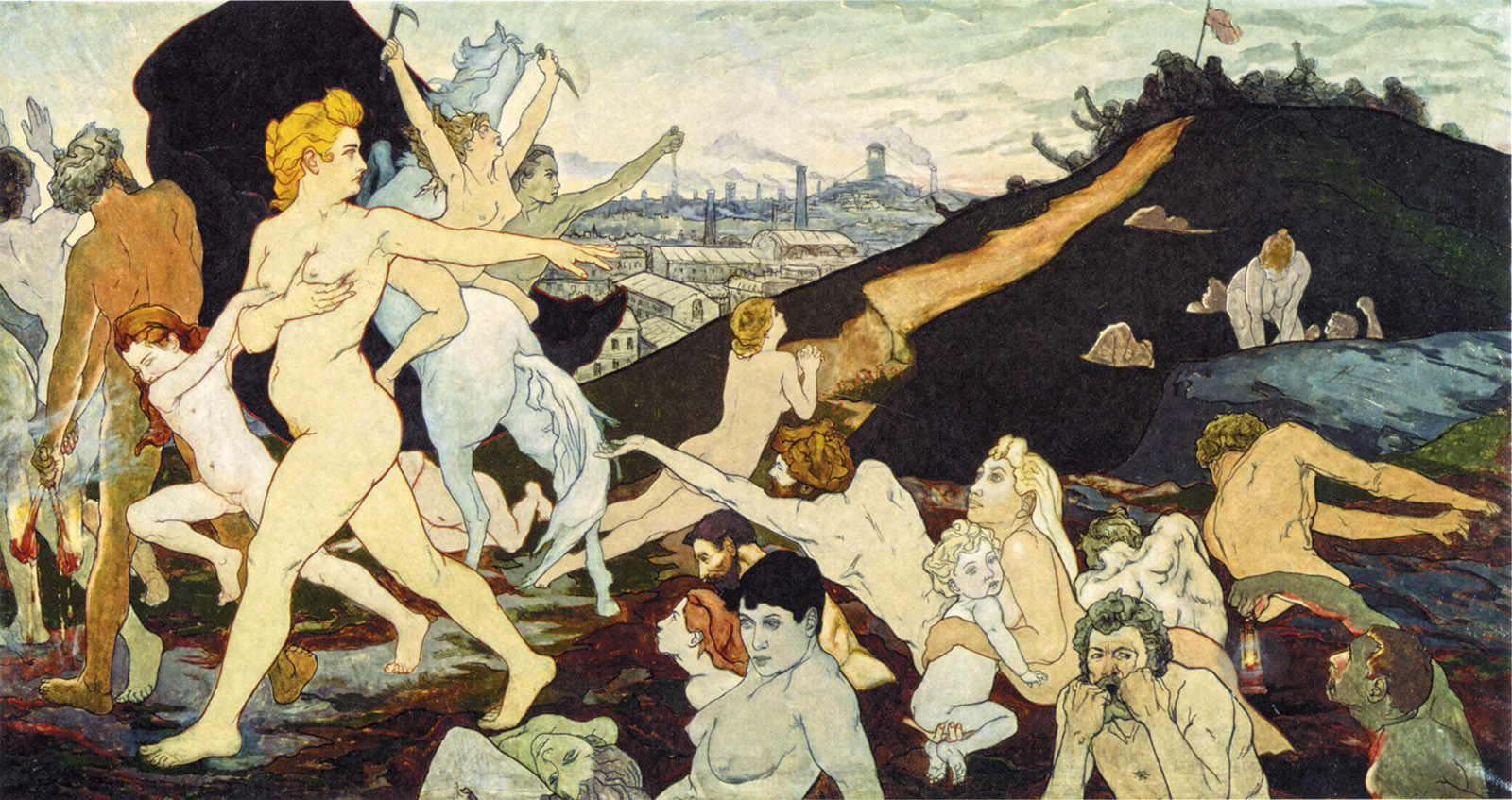 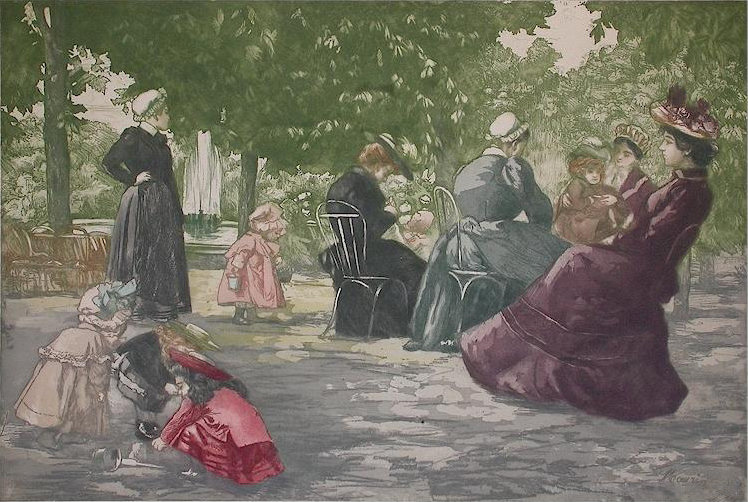 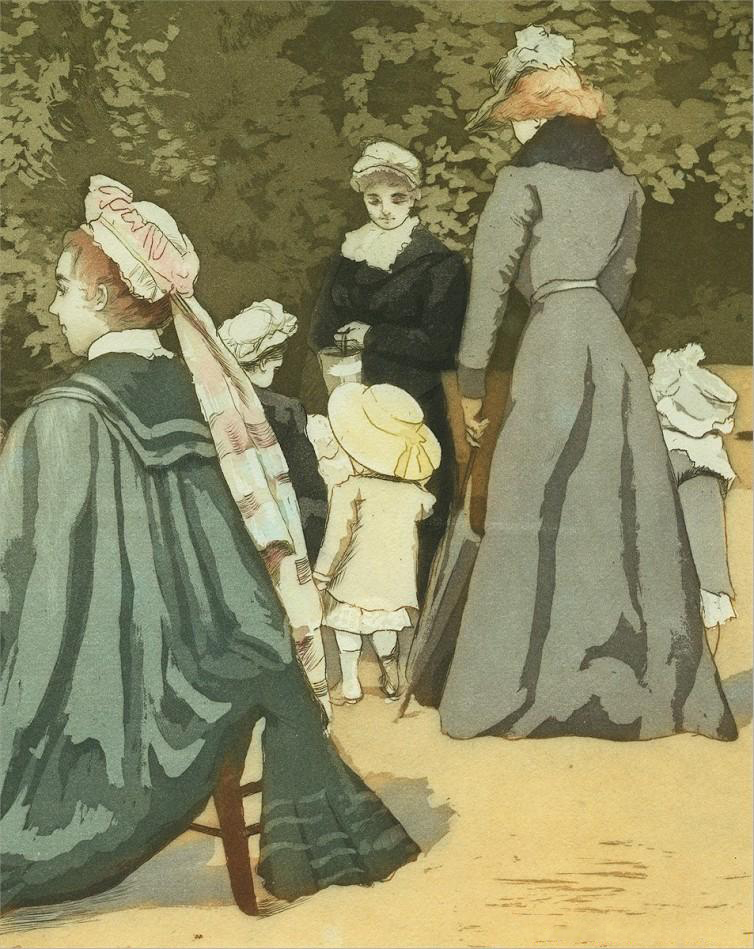 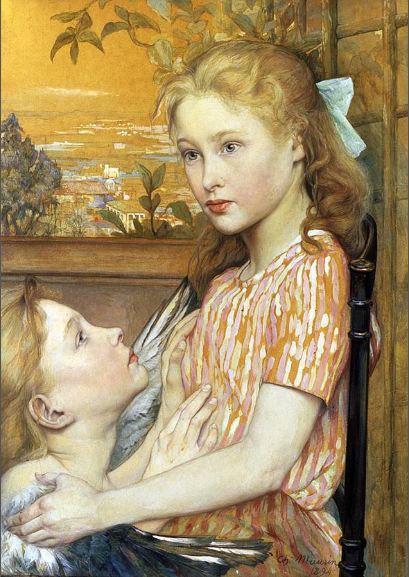 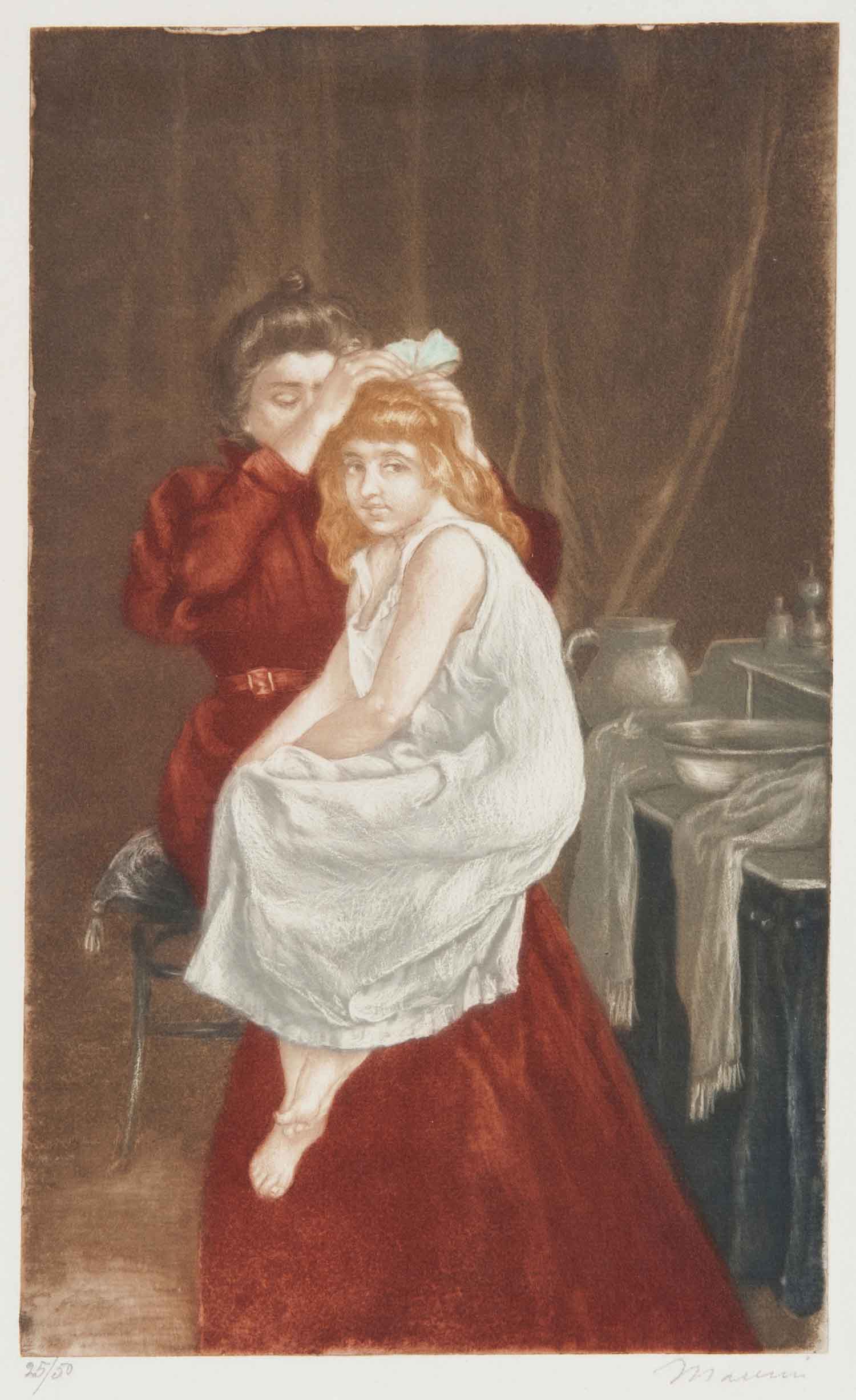 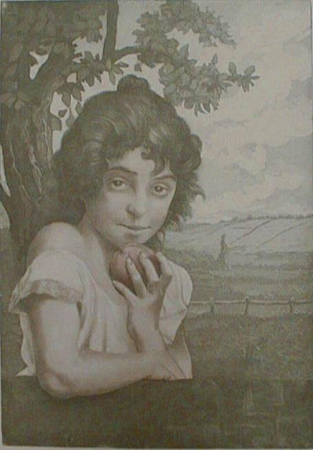 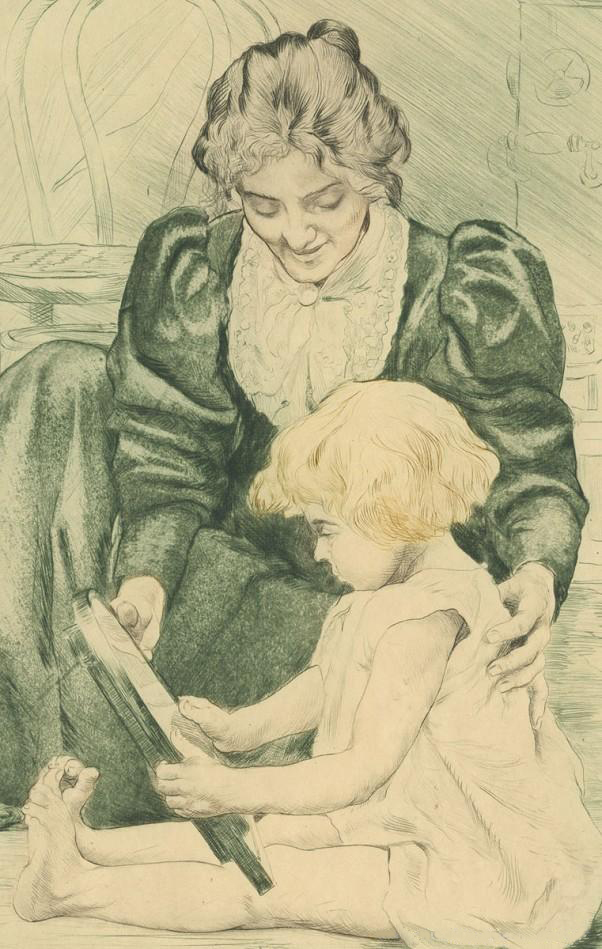 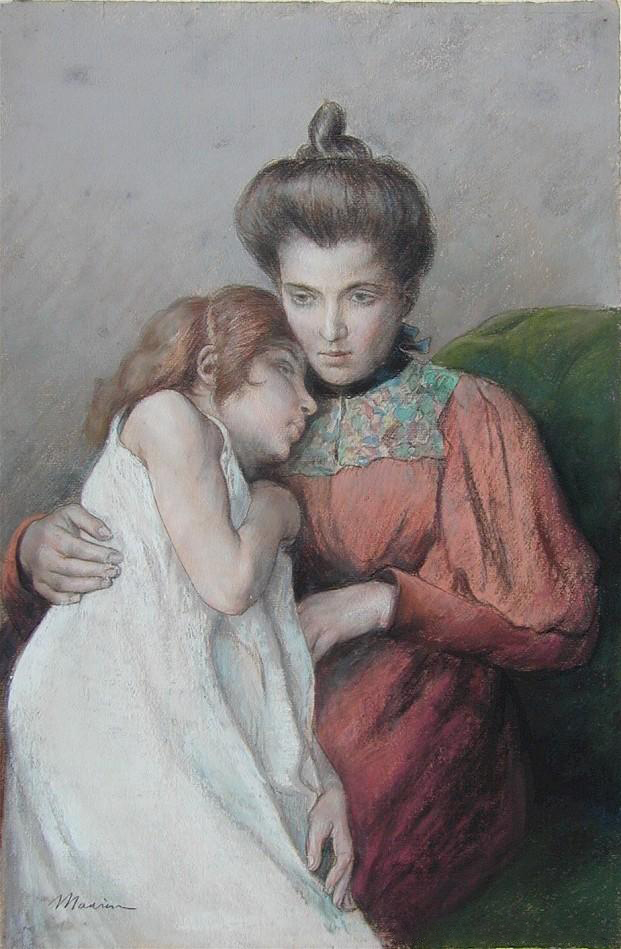 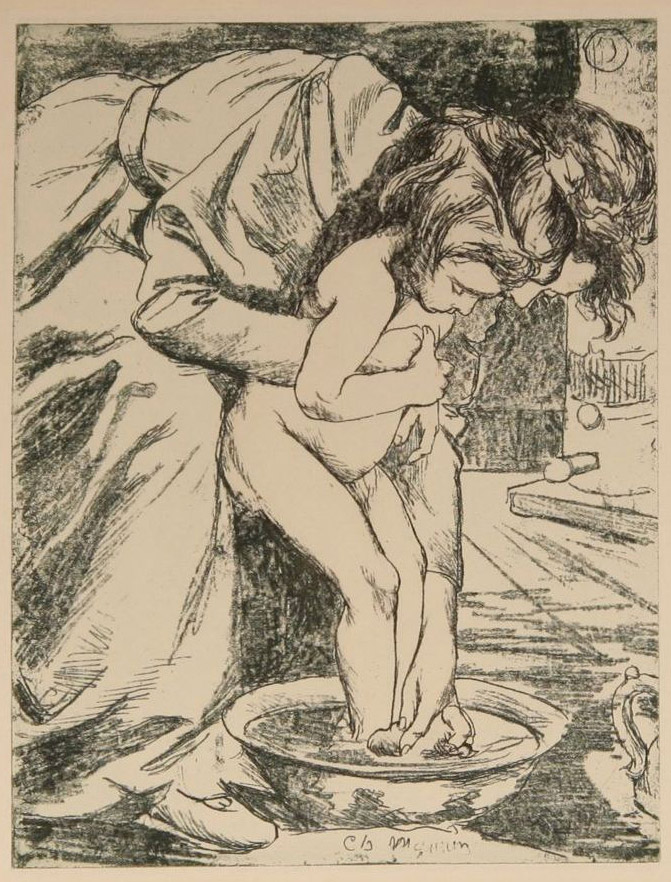 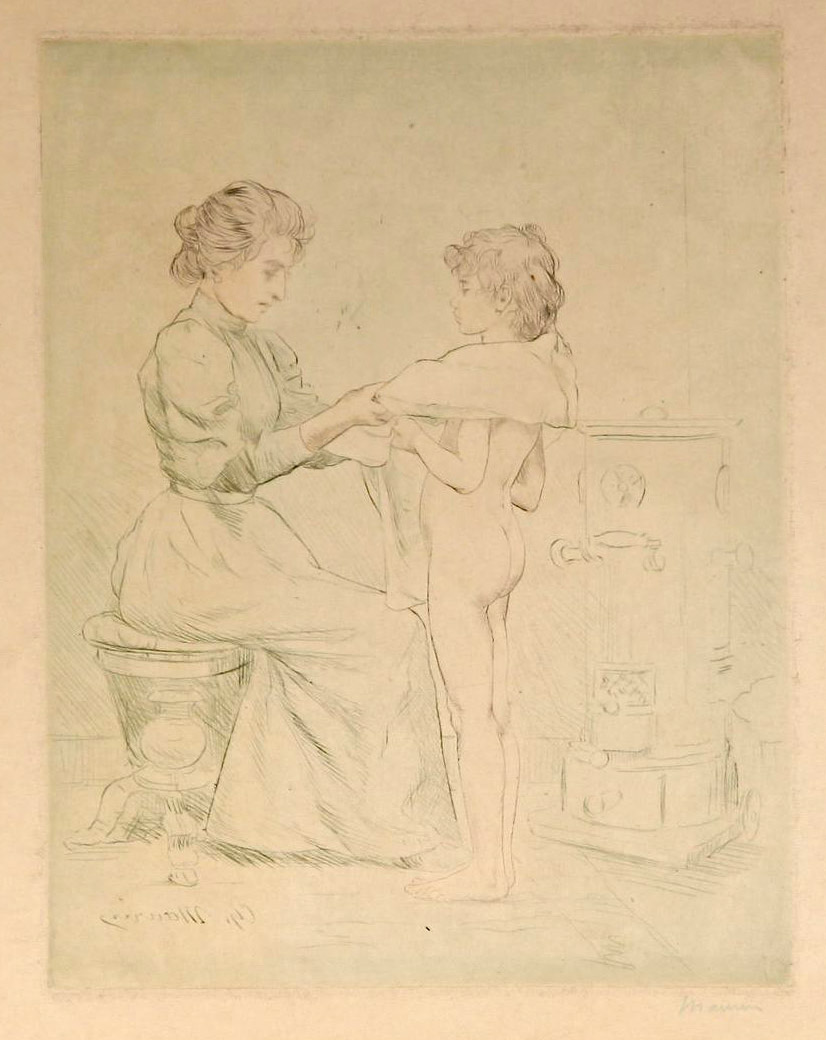 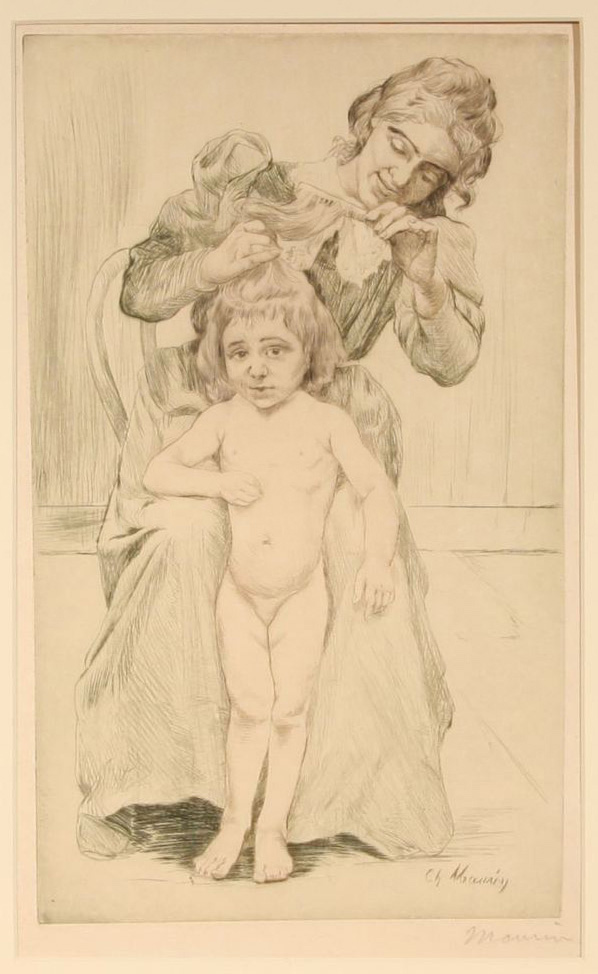 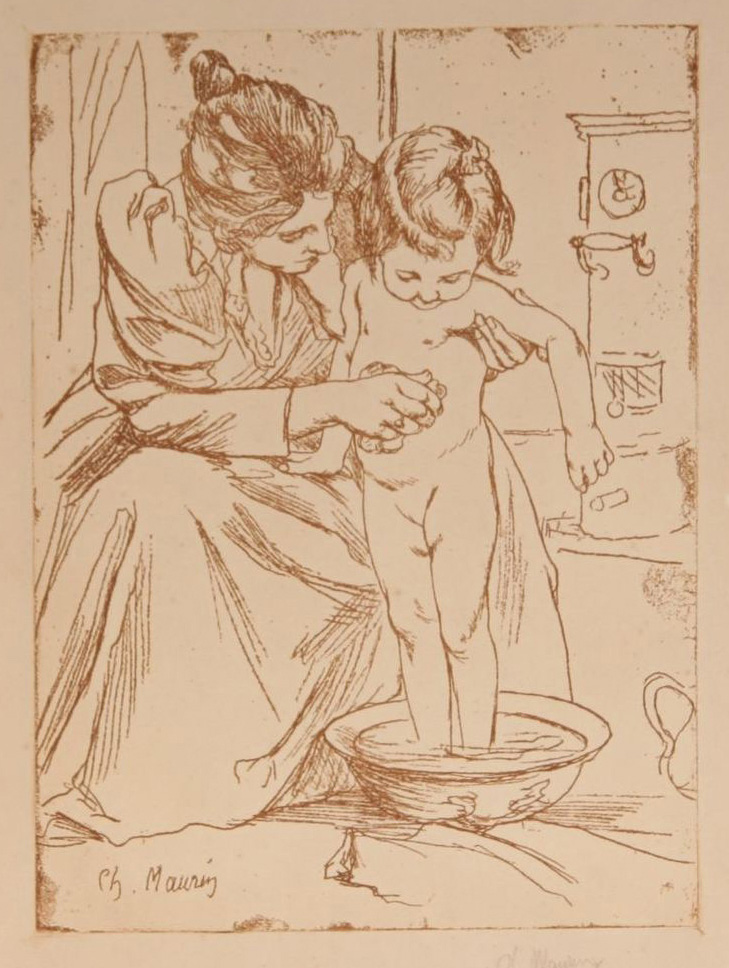 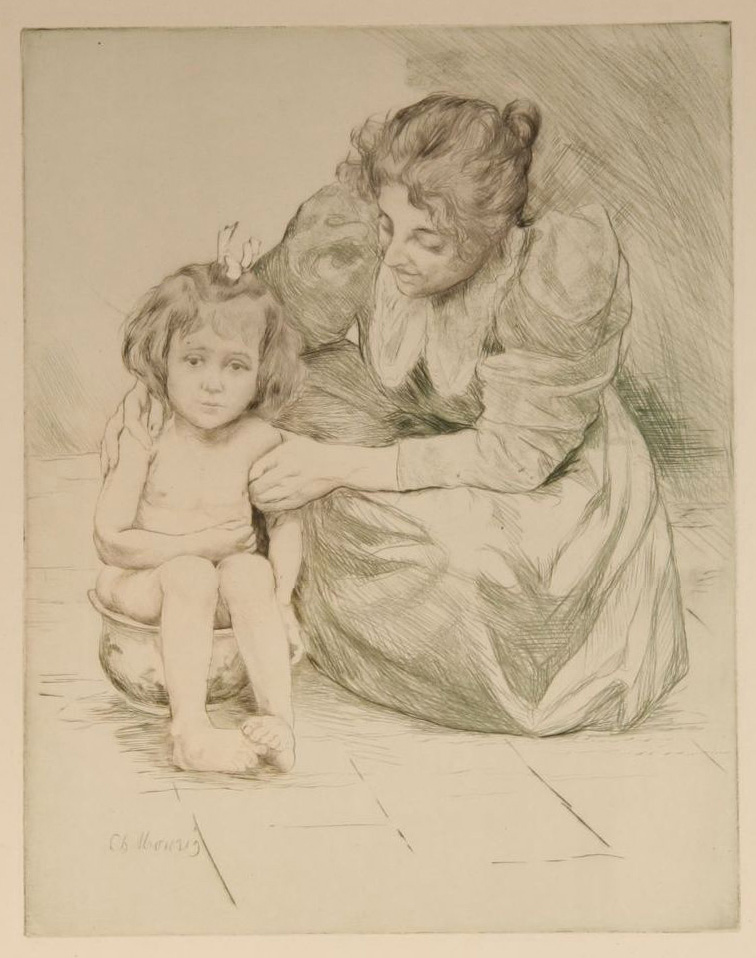 Charles Maurin – On the Potty 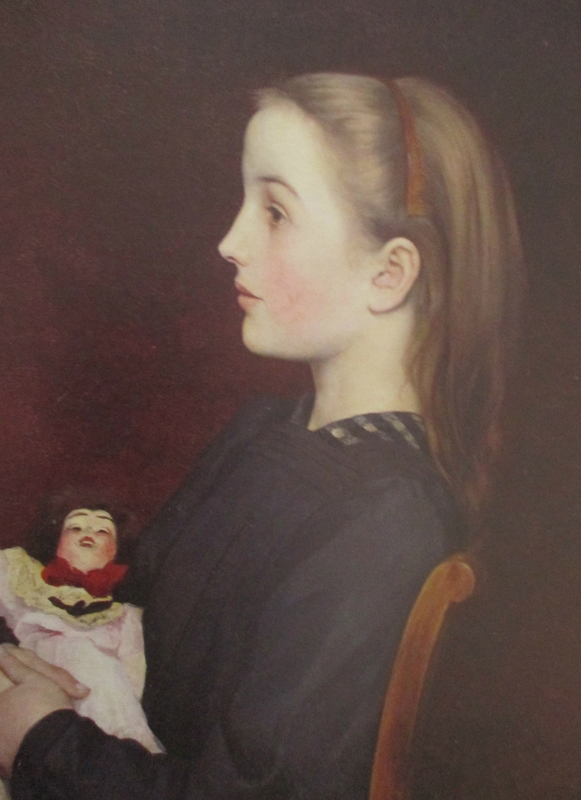