One of the most famous silent films of all time, the epic Cabiria, directed by Giovanni Pastrone and written by Gabriele d’Annunzio, follows the story of a girl sold into slavery as a child and rescued from sacrifice to Moloch. The girl’s life is examined against the backdrop of the Second Punic War and features, among other visual spectacles, Hannibal’s elephants, pirates, and Mt. Etna’s eruption. The film became a major influence on D. W. Griffith and Cecile B. DeMille and more or less launched the big budget epic adventure genre. The following poster was designed and illustrated by Leopoldo M. Metlicovitz and depicts the scene in which the little girl is about to be passed through the fire by a priest of Moloch: 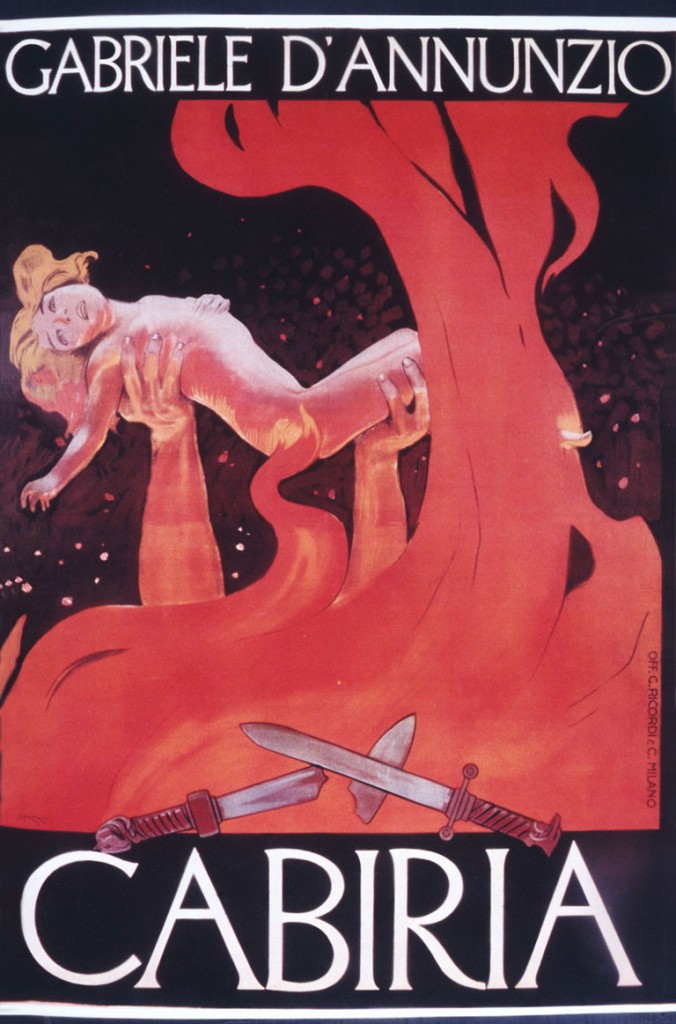 A still from the film showing little Cabiria, played by Carolina Catena: 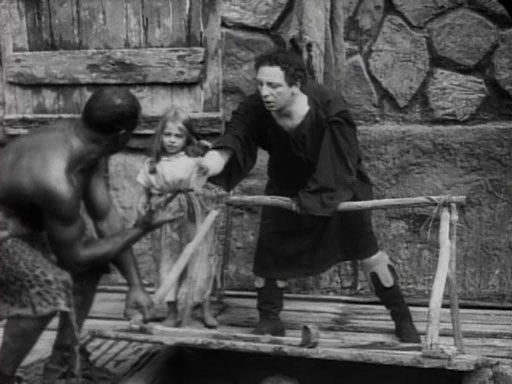 Wikipedia: Cabiria (This article has another wonderful poster for the film here; download the full size. It might take a minute, but it’s well worth the time.)

Cabiria on VHS at Amazon

Cabiria on DVD at Kino Lorber and CD Universe