Swedish artist John Bauer was really just catching his stride when he died tragically in a shipwreck in 1918, perishing alongside his wife and 2-year-old son.   Best known for illustrating the fairy tales of his home country, the easiest way to experience his work today presented as it was intended to be seen is perhaps via the  book Swedish Folk Tales, from which the following images were taken.

Bauer’s trolls and giants were clearly an influence on Jim Henson and Frank Oz’s characters in The Dark Crystal, most notably the Mystics; the characters were designed by fairy illustrator Brian Froud.  However, it is Bauer’s little girl characters we are interested in here.  These children–Bella, Linda-Gold, Princess Cottongrass, etc.–are both charmingly vulnerable and highly independent, as kids in fairy tales frequently are.  Few artists have captured them with the magic that Bauer did.  Their natural beauty, curiosity and sweetness comes through in every one of these pieces–they’re shining little beings who stand out against a murky, sometimes menacing backdrop. 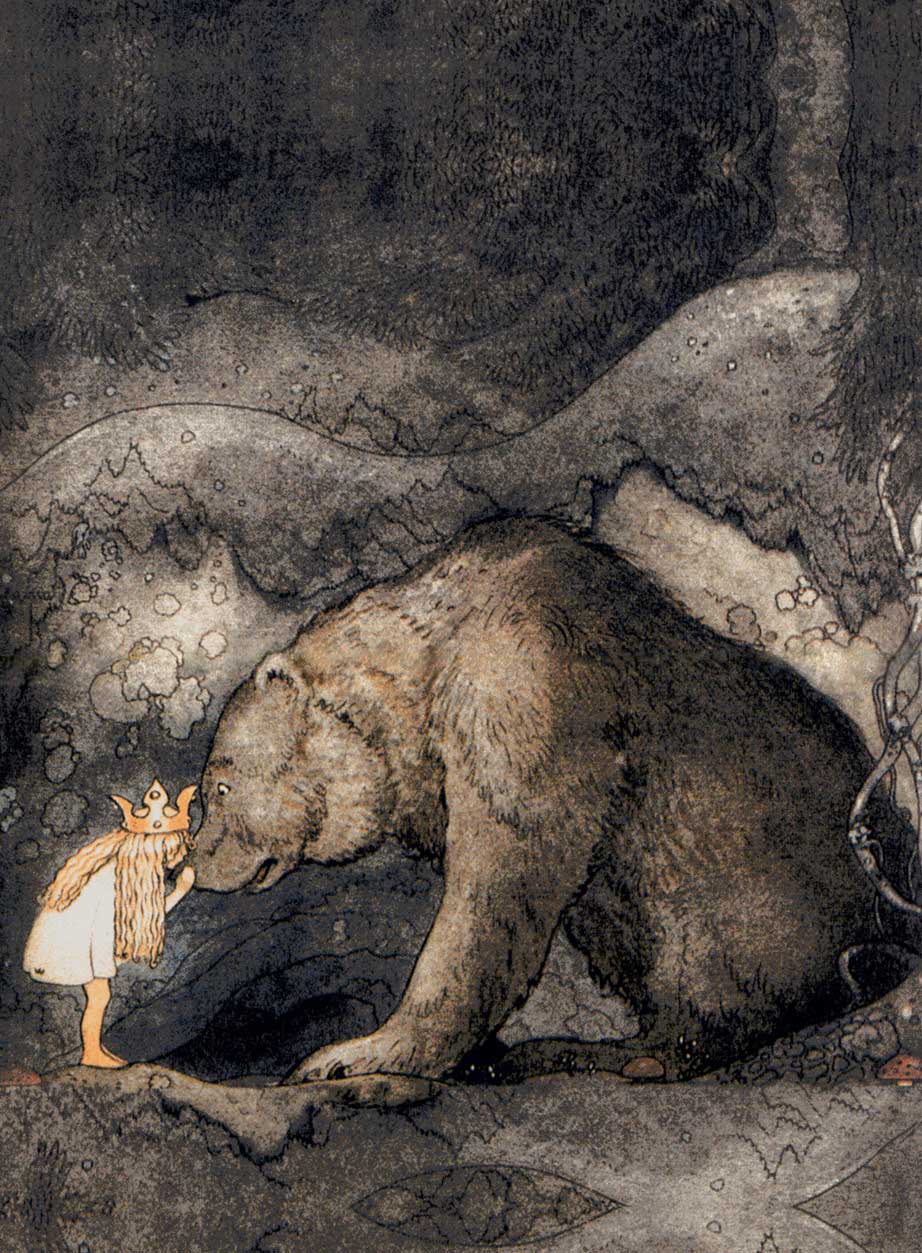 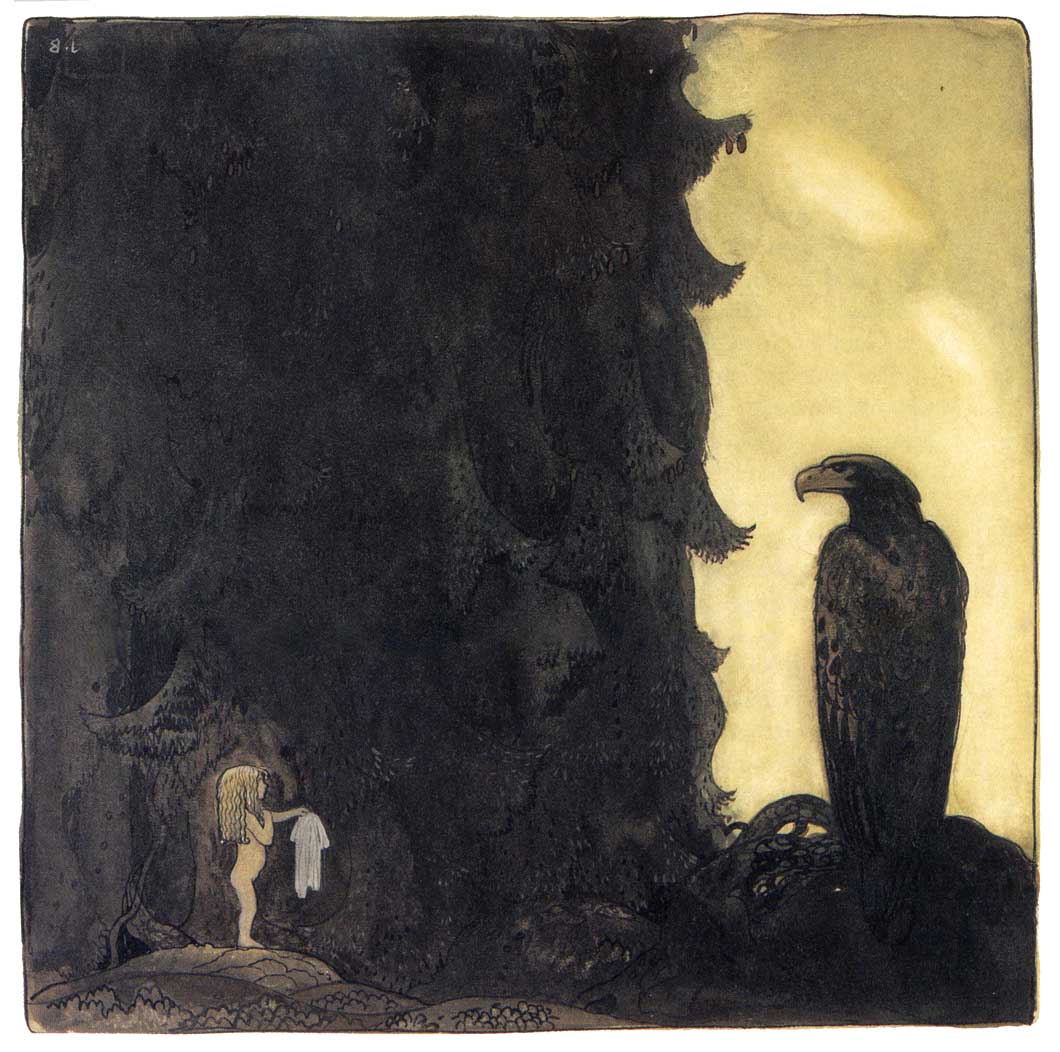 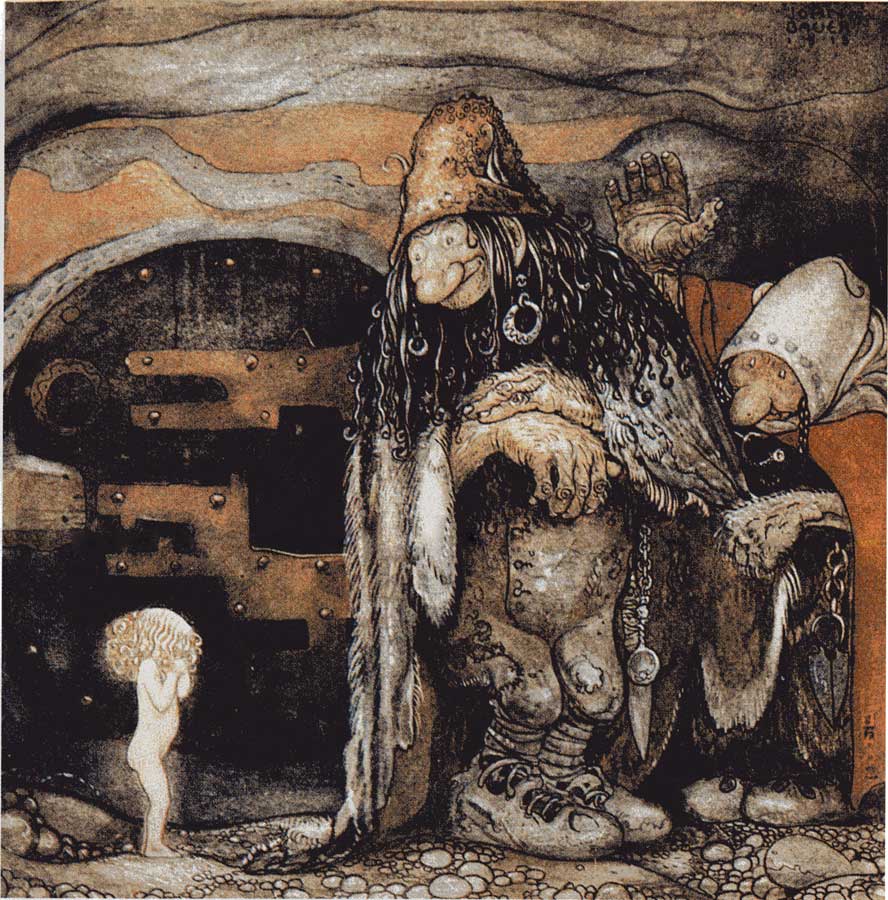 The girl in this next series of illustrations (which were used for Leap the Elk and the Little Princess Cottongrass in the book) is also known as Princess Tuvstarr, tuvstarr being a variety of sedge like cottongrass, although they are actually completely different plants.  Sorry, that is the scientist in me; he will occasionally rear his arrogant little head. 😉 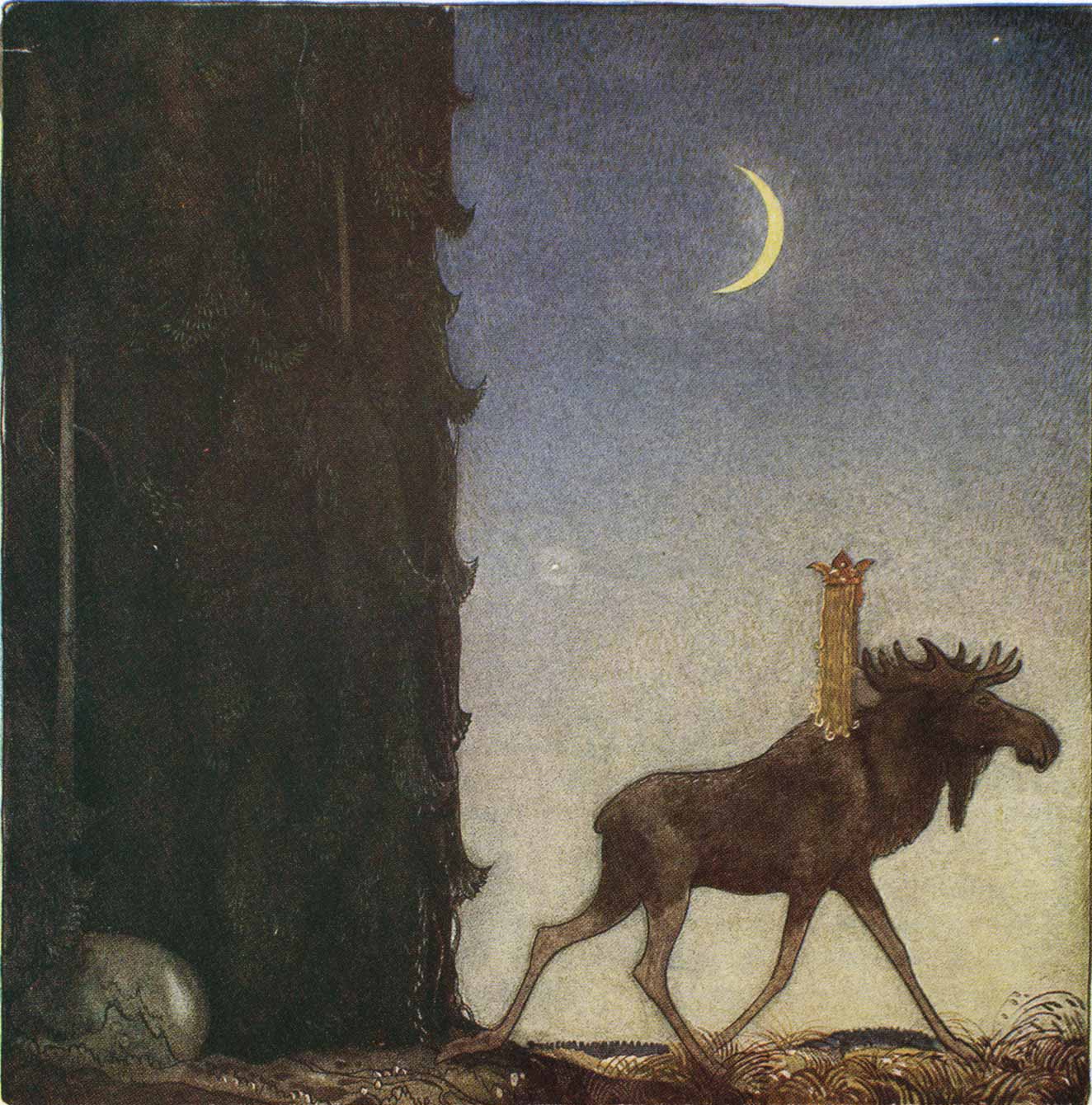 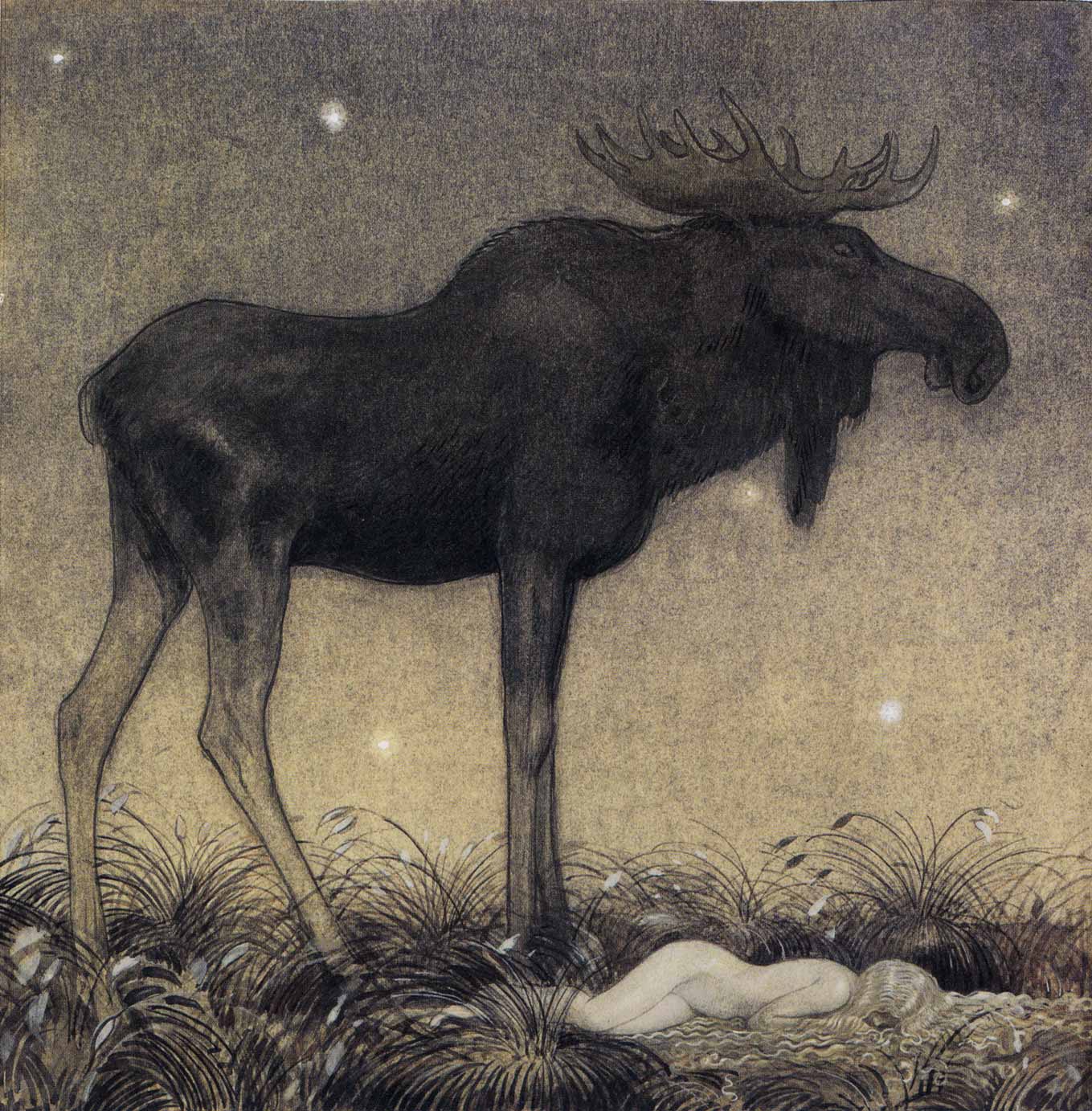 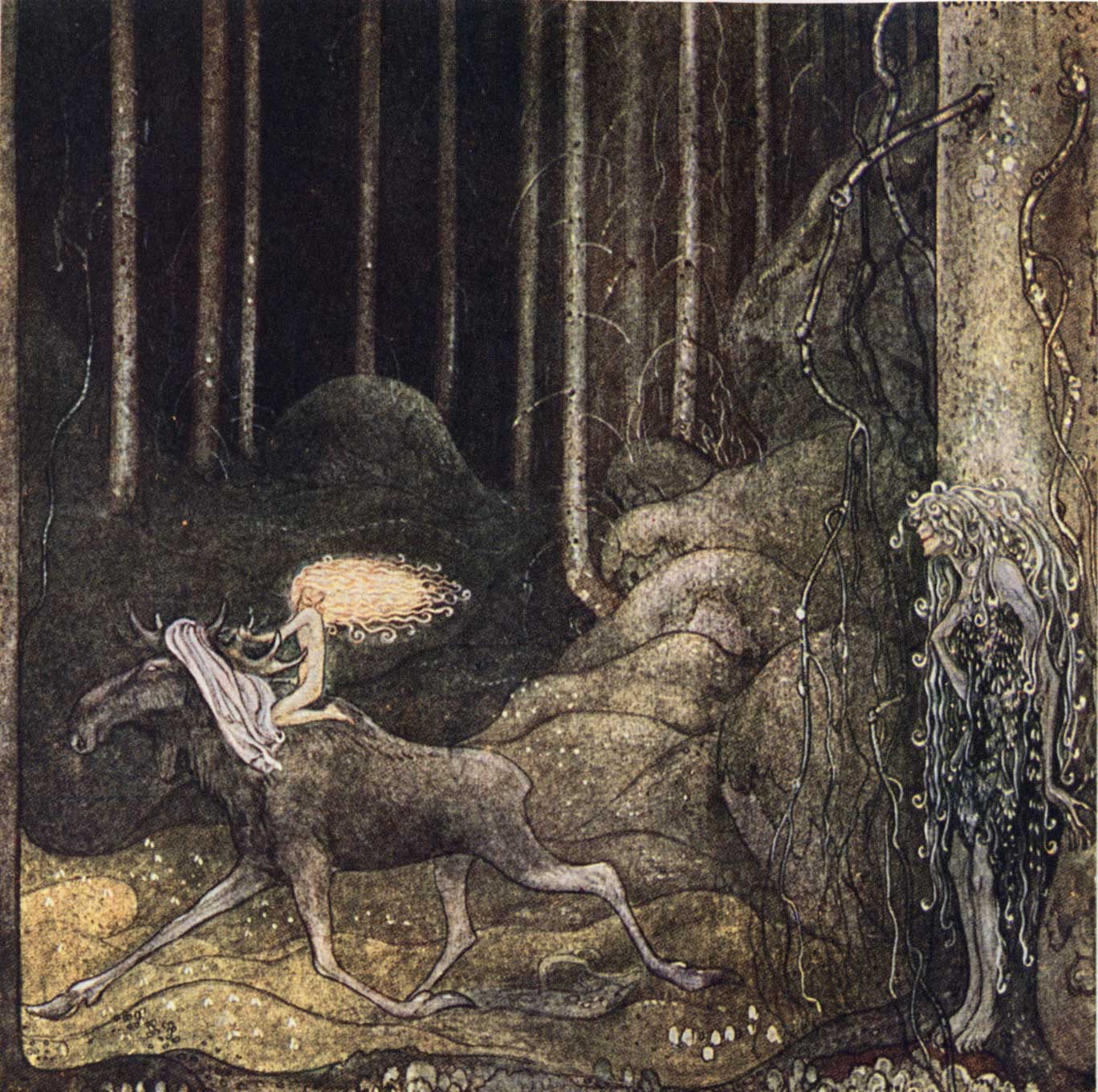 This next image, the final one in the story from the book (there are other versions of the story which feature at least one additional image that I know of), is, in fact, Bauer’s most famous piece.  Again, note that, like Parrish’s “Daybreak,” this artist’s most popular piece features a nude young girl.  In fact, as you may have noticed, all three girls from the three stories so far represented wind up shedding their clothes.  This is highly symbolic; the children are shedding the final vestiges of their attachment to civilization and returning to the wild, which is a sort of rebirth of innocence.  This concept was really born in Romanticism, but the Victorians and Edwardians fervently embraced it. 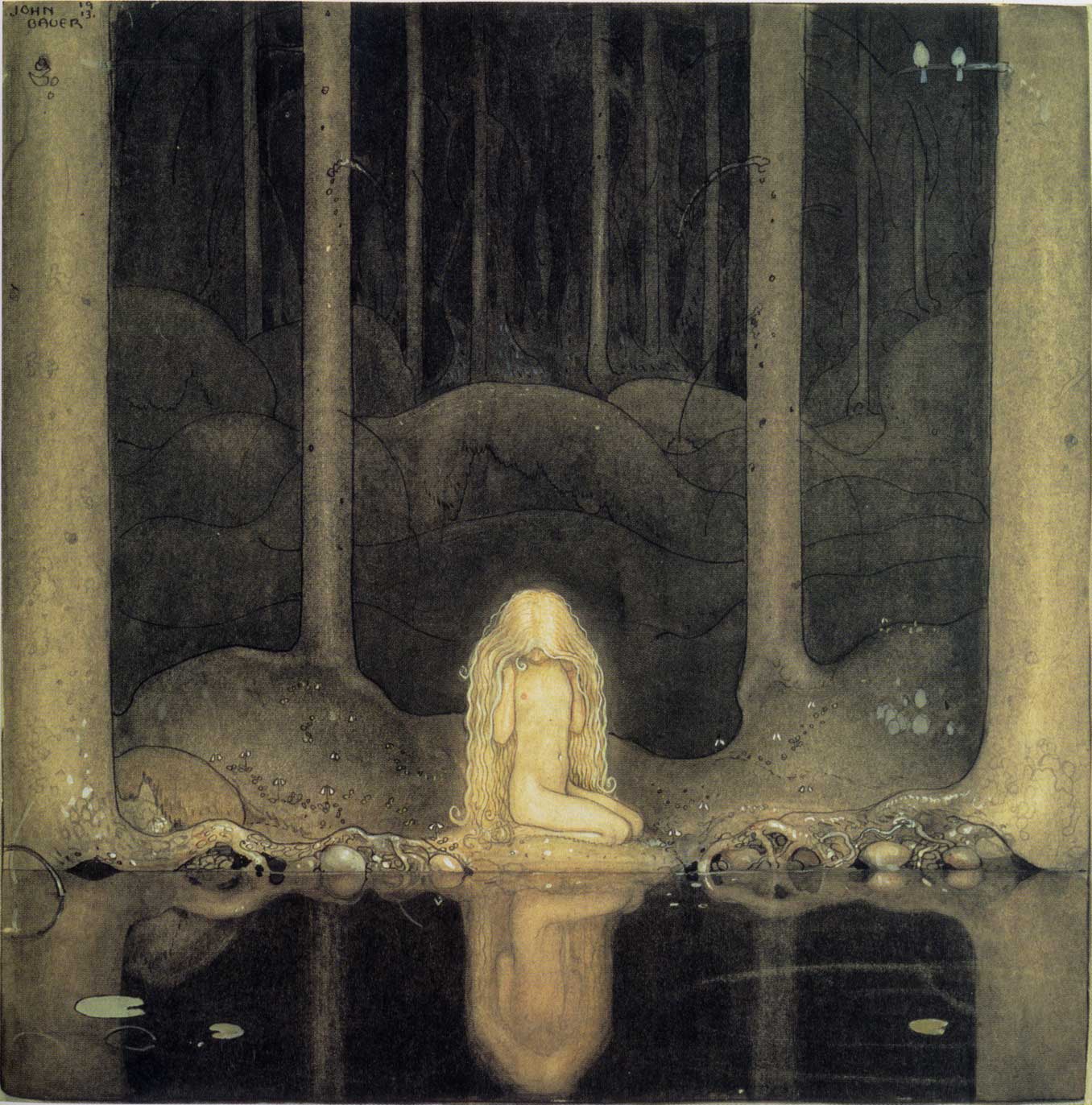 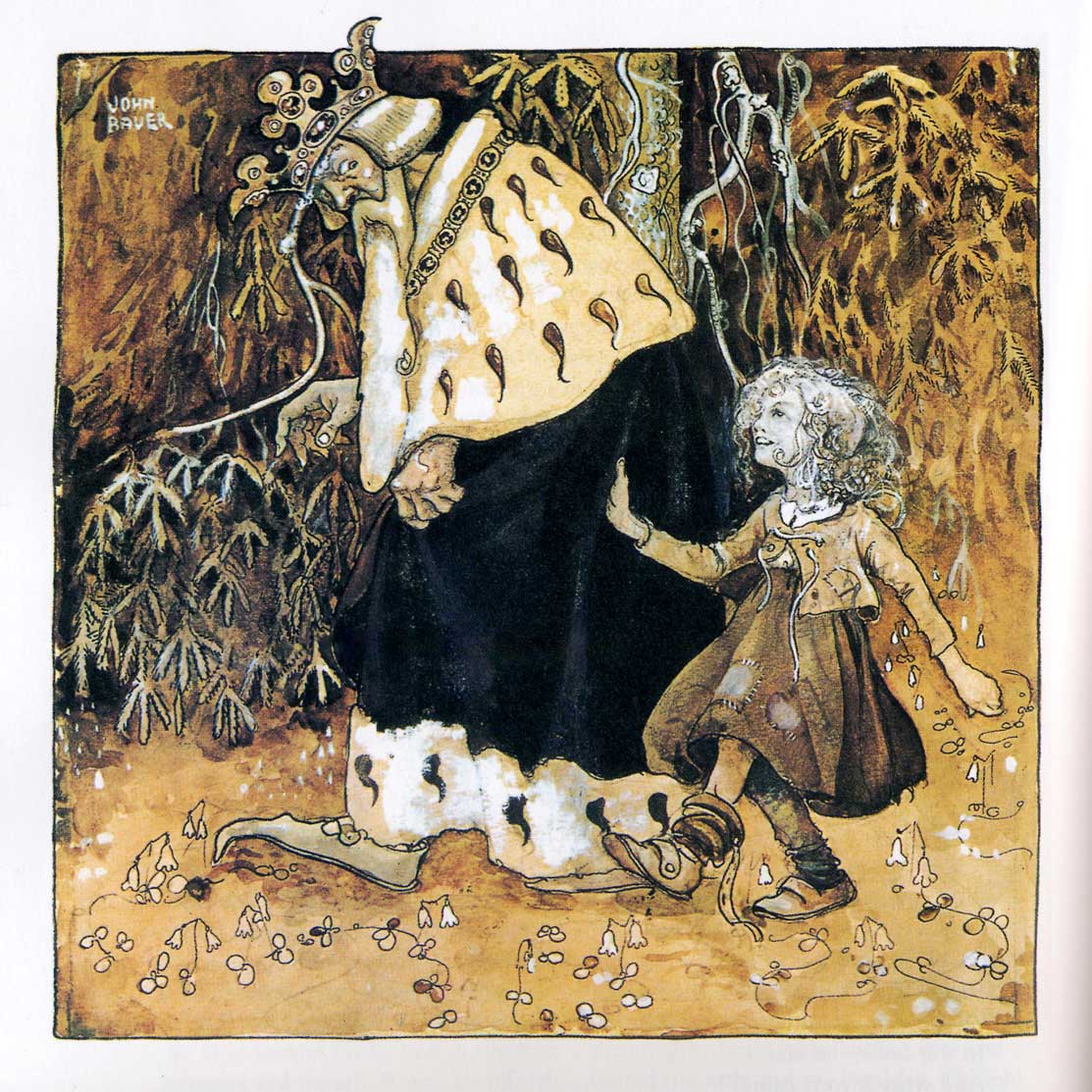