One of the most recognized names from the Golden Age of illustration, Maxfield Parrish is known primarily for producing remarkable images of nature and fairy tale illustrations.  His most famous and highly valued work is “Daybreak,” painted in 1922, which shows a nude, slightly pubescent young girl leaning over a young woman who reclines on the floor of the portico of a Greek temple.  Thus, the setting is classical, and in keeping with the Greeks’ attention to symmetry, the painting is itself highly symmetrical, with two columns dividing the piece into a self-contained triptych.

It’s fitting that Parrish should be the first artist featured on the blog, as he holds the reputation for being the most reproduced artist in the entire history of art, and “Daybreak,” as I said, is his most notable work.  That in itself is fascinating enough, but more can be said of the painting, particularly its models (who may well be considered the most reproduced youngsters in art history.)  The younger girl was his daughter, Jean Parrish, whereas the older girl was, in fact, a composite of two different people.  The body was that of Sue Lewin, his housekeeper and friend and another recurring model throughout his work.  The face, however, belonged to Kitty Owen, a companion of Jean’s and the granddaughter of statesman William Jennings Bryan. 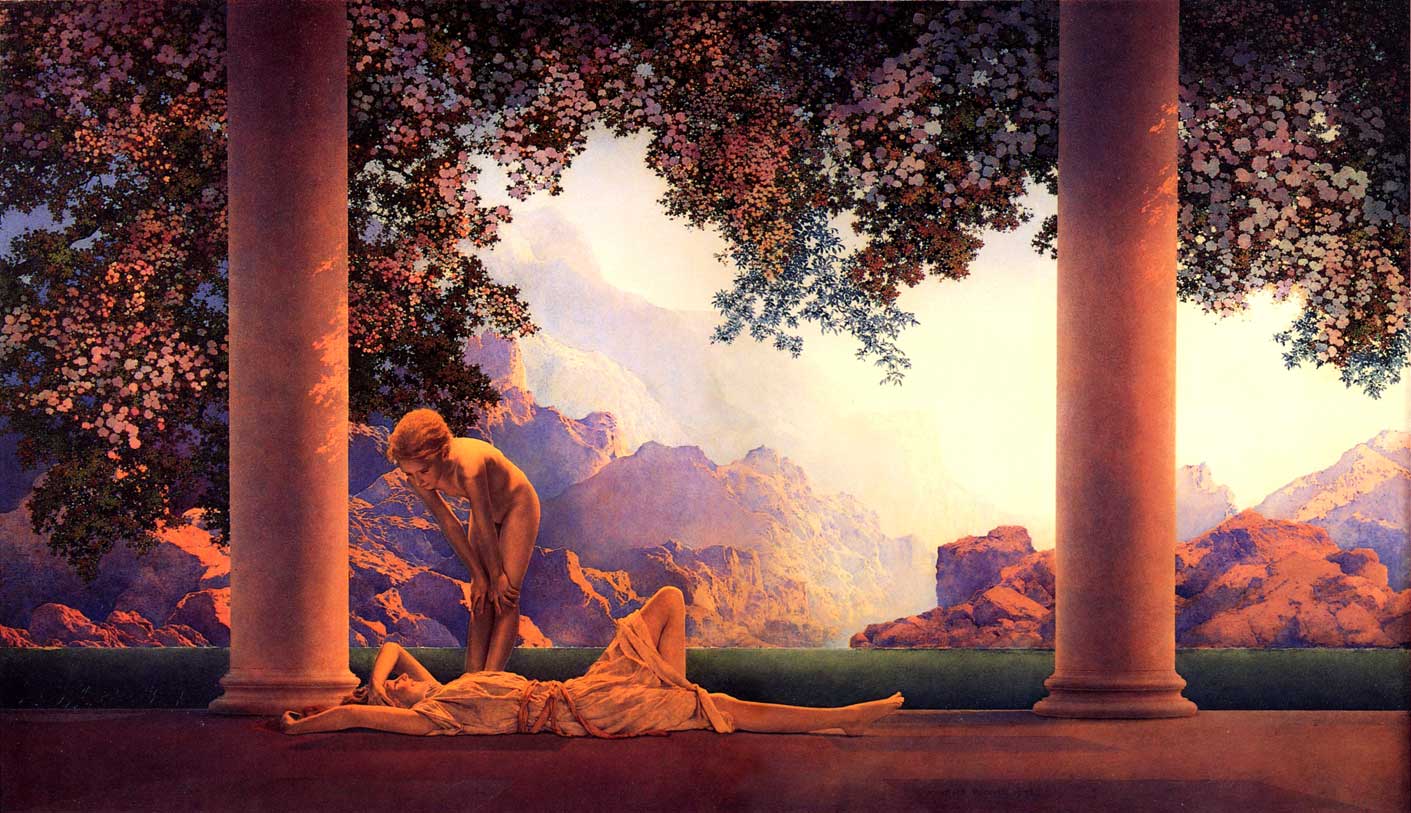 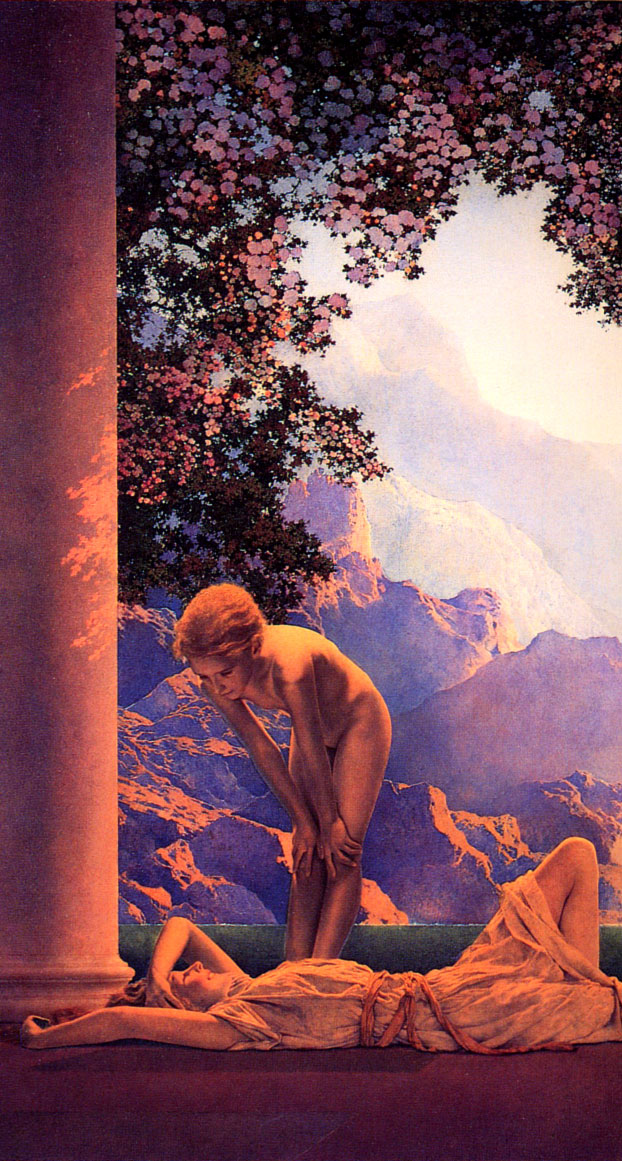 Before she was captured in that famed pose in “Daybreak,” Jean Parrish had already been used as the model for the little girl resting on the edge of the pool in “Egypt,” part of a series created for the Edison Mazda calendars, and a year after that ( fully clothed this time and confidently facing the viewer ) in “Mary, Mary, Quite Contrary,” which accompanied the nursery rhyme of the same name.  I’m not aware of any other paintings for which Jean posed, but it seems likely that I’m overlooking a few.  I am not, in any case, fully versed in Parrish’s entire catalog of works. 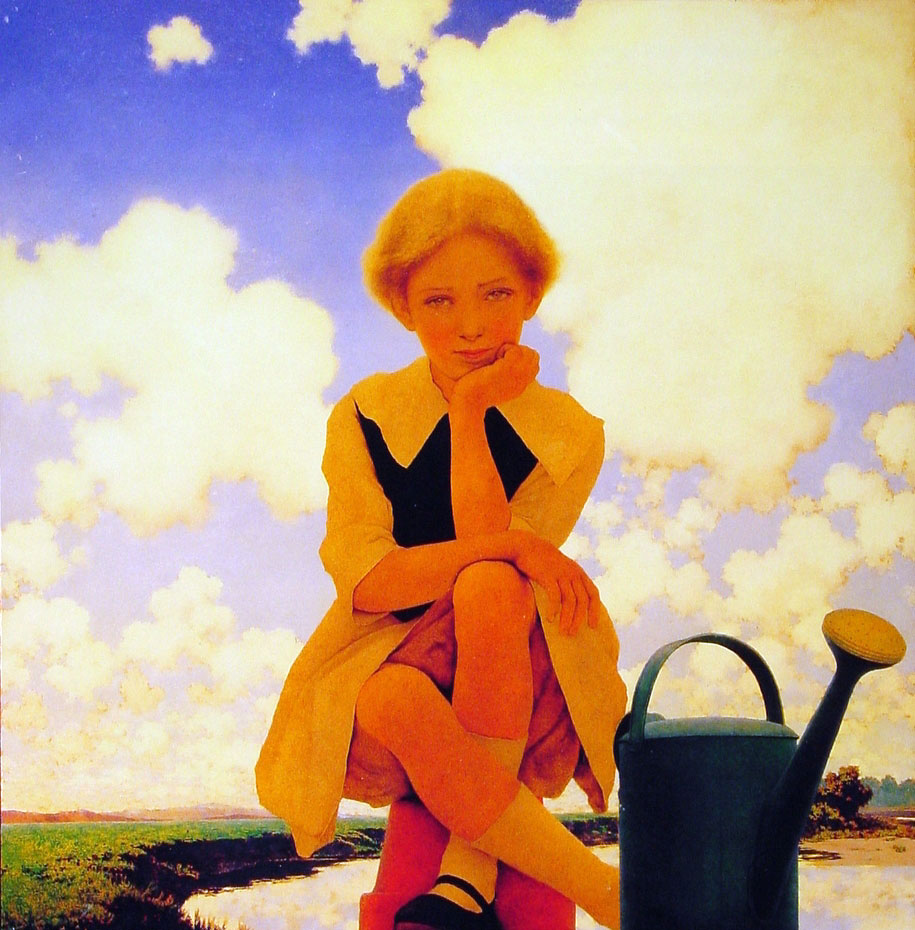 These two images are the wrong dates to have been Jean.  The first may be Kitty, who was a few years older than Jean, but I haven’t a clue who the model for the second image might have been. 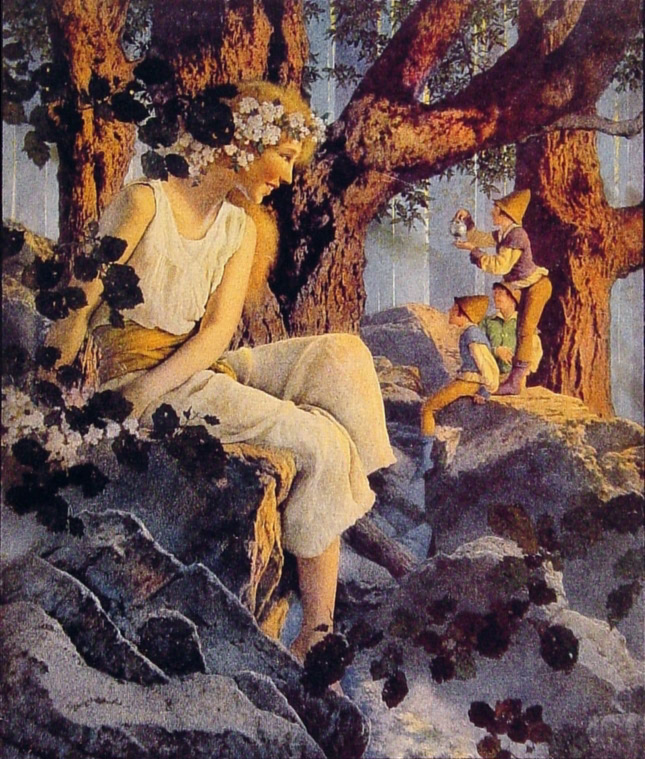 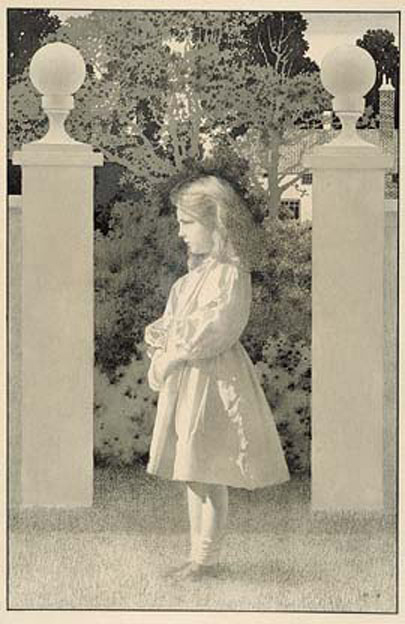 Maxfield Parrish – What They Talked About (1899)

There are a ton of online resources for Parrish and his work. Here are a couple: