The cartoons of Gluyas Williams were generally one-offs that dealt with a single character engaged in a particular behavior or event. The panels, such as they were, varied little, and scenes presented in them remained minimalist, sometimes showing only the character him- or herself in a variety of poses. Williams’ drawing style wasn’t particularly original for the period, but what made them stand out was the artist’s obvious love of mankind in all its diverse incarnations and his keen understanding of human nature. When he focused his philosophical cartoonist’s eye on children, the results could be particularly charming. 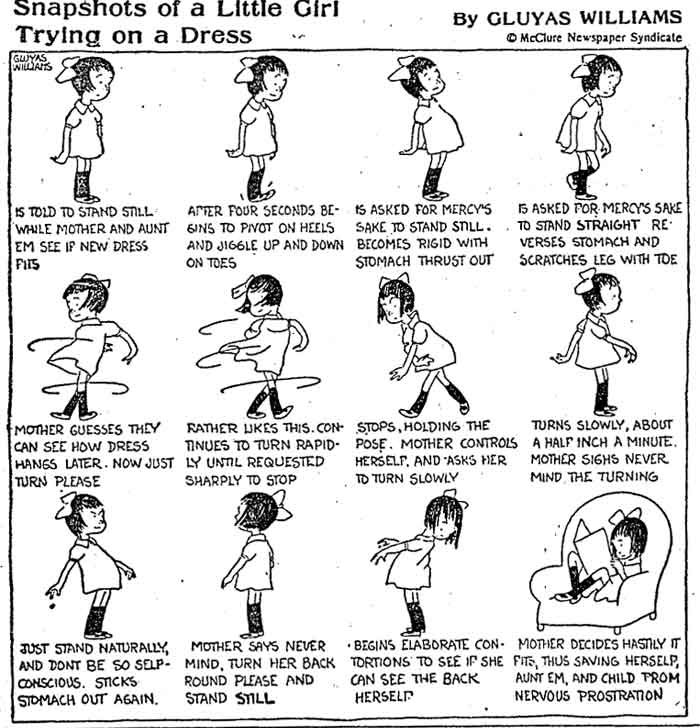 Gluyas Williams – Snapshots of a Little Girl Trying on a Dress 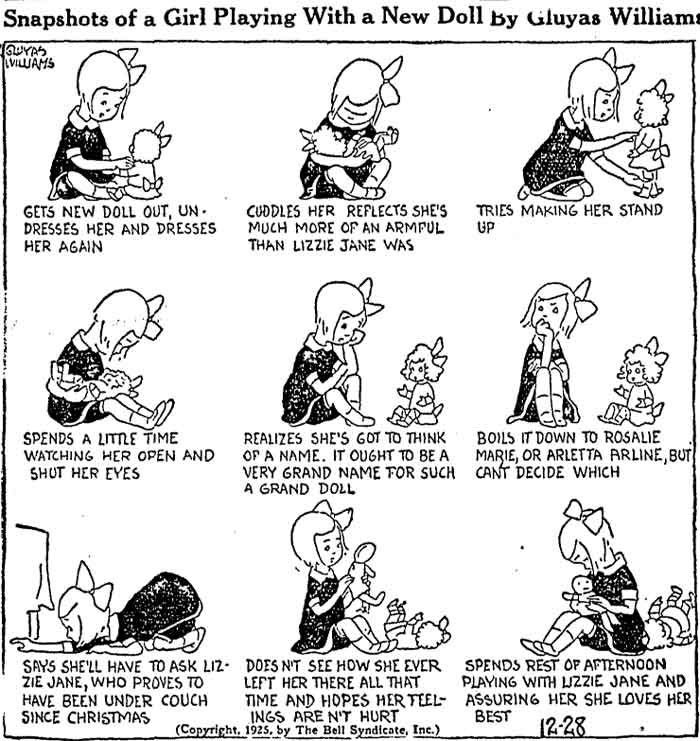 Gluyas Williams – Snapshots of a Girl Playing with a New Doll