Amitis Motevalli was born in Tehran, Iran but moved to the US with her family in 1977.  Her artwork is generally based on her dual American and Iranian heritage and is both informed by and critical of the American perspective on Islam and Middle Eastern culture.  The following piece is the first in a series entitled Portrait of the Artist as a Young Rebel, in which she takes childhood photos of herself, most of which would be indistinguishable from the portraits and snapshots of kids you’d find in nearly every home in the US, and invests them with the West’s stereotyped conception of Middle Eastern (read: terrorist) iconography. 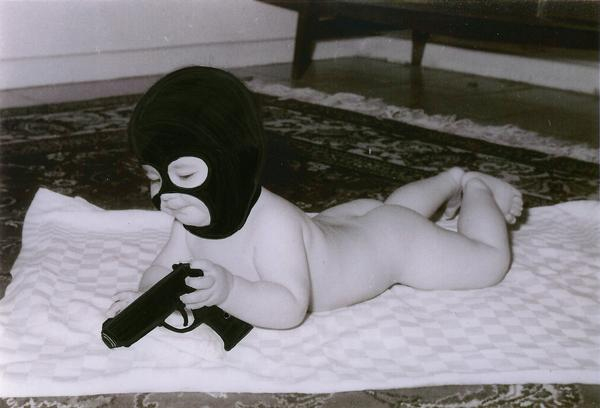 Amitis Motevalli – Portrait of the Artist as a Young Rebel (2005)